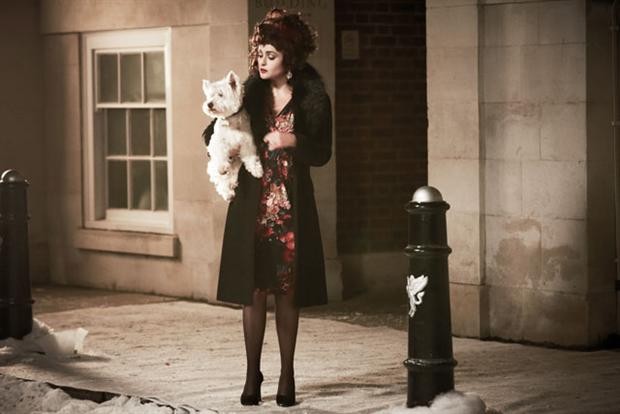 Bringing the Social Magic to Christmas

December has arrived, and we can’t quite believe how quickly the festive season has rolled around this year! However, certain companies have done well to get us all in the Christmas spirit over the past month, with the release of their heart-warming and magical Christmas adverts. So we thought what better way to welcome in the weeks leading up to Christmas then by giving a rundown of our favourite Christmas TV adverts of this year.

However, we’ve picked these adverts out for a special reason; social media is playing a big part in the promotion of adverts today, and these ones in particular have utilised social online tactics to really make us feel part of their campaigns.

Marks and Spencer unveiled their fairy-tale themed Christmas advert at the start of November. Taking influence from Alice in Wonderland and the Wizard of Oz, the full two-minute advert shows a girl chasing after her Highland Terrier, before tumbling down an Alice In Wonderland-style hole and wondering through a fantasy underworld. Before the full advert was aired on TV, M&S released an online teaser trailer, which featured on their Facebook page 48 hours before the full launch on television, and on Twitter via a promoted Tweet. This is the first time the company has trailed their adverts on social media, and this action proved extremely fruitful. Part of the campaign for the advert was to ask their Twitter followers to vote on whether the little white terrier should be named Magic or Sparkle by using the hashtag #MagicorSparkle. The campaign did well to engage their audience in discussion and inclusion of their brand, whilst still using it to deliver the ‘magical essence of Christmas’ they wanted to recapture for their audience.

Watch the full advert below!

John Lewis’ ‘The Bear and the Hare’

In true John Lewis style, ‘The Bear and the Hare’ is a heart-warming animated advert, focusing on the theme of finding the perfect gift for someone you love. With John Lewis holding a reputation for wonderful Christmas adverts that pull at the heartstrings, it’s doesn’t seem a surprise that the Twitter community wanted to chip in their thoughts on the new release. However, the reaction was the company’s biggest Twitter response to date, with a huge 86,300 Tweets sent over the first weekend of the advert’s debut. The advert also resulted in John Lewis gaining 7,000 new Twitter followers, 12,000 new Facebook fans and 4,600 new YouTube subscribers during the first two days of its release. Its success has now even lead to the Bear and the Hare having their own separate Twitter accounts, which are followed by over 11,000 people each!

This surge in new followers and comments may have been helped along by the pre-promotion of the advert. In similar action to Marks and Spencer, short teasers of the advert were aired days before the full length advert debuted on ITV, which included the hashtag #sleepingbear. The trailer only ran for approximately 5 seconds, which seemed to spur people’s interest online as to who the behind the campaign.

These had to be our favourites from the crowd; it’s interesting to see that little techniques on social media can be used to engage us more than we probably think about. By teasing us with trailers, and providing little more than a hashtag, our curiosity is spurred to search the hashtag and join a community of people all waiting for the big reveal.

Social media is continuing to prove its worth, as again and again, audiences are demonstrating their interest in engaging with these services. A recent study by the Internet Advertising Bureau found that for every £1 spent in social media, a potential £3.34 can be generated. But what fascinates us is how social media allows for meaningful 2-way conversations to take place between a company and their audience; people can feel like they are part of the company’s journey, something we continue to want to maintain with you, our audience.

Our #TravelineHeroes campaign was a great way for us to communicate with the people using our services and to hear which ones they have benefitted from using. In similar style to the Christmas adverts, integrating social media techniques such as the hashtag made it that much easier to bring everyone together to share stories and photos, among many more things. We are very aware of how much people enjoy engaging with social media, and we aim to keep investing our time in what we do online to be there for our customers in whichever way they choose to be touch with us. 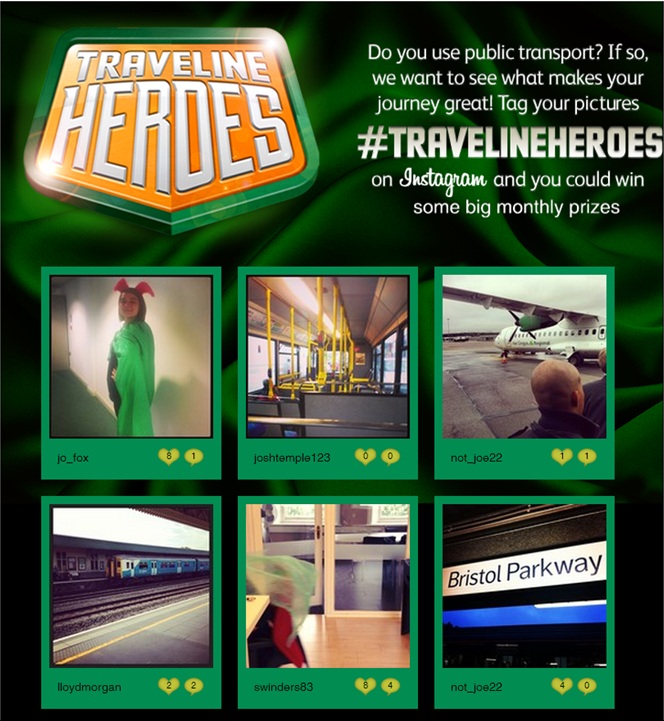 As winter starts to settle itself in, our use of social media comes much more into play. Many people like to turn to our Twitter account during this period as the information and updates come through in real-time, right when they need it most. Using social media during the festive period also allows us to reach out to a wider audience who can make use of our services. It can be difficult to know what public transport changes are in place over the holidays, when the information can change so quickly. Being online to respond and post new updates right away means people feel reassured coming to our social media pages, knowing that they are receiving updates directly from a single person.

We enjoy being able to speak to our customers and engaging directly with your needs; we all appreciate that little personal touch, whether it be through campaigns like the ones above, or simply connecting with people online and we look forward to continuing this service over the holiday period and beyond.

Which Christmas advert has stuck in your mind this year? Did you see the hashtags? If you’re already social media savvy, or we’ve inspired you to get online, make sure to follow us on Twitter @TravelineTim and follow us on Facebook for all the Christmas updates you’ll need, as they come in!