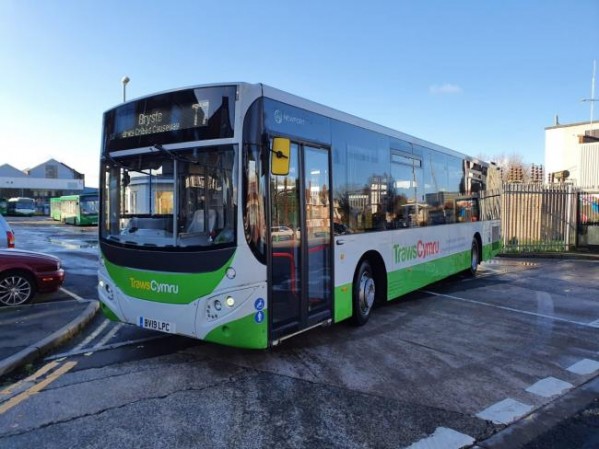 Newport Bus has taken over the running of a commuter bus route linking Gwent with Bristol.

The rebranded T7 Chepstow to Bristol service began operating on Monday after the Newport-based transport firm secured the five-year contract, as part of the Welsh Government-sponsored Traws Cymru network of express bus routes. The service will be free for passengers until January 10.

The T7 service, known since June 2020 as Traws Hafren, has now been expanded to include weekend buses. Newport Bus said the move to a seven-day service was made "to meet the demand of weekend workers, shoppers and students".

“We’re excited to have been chosen to run the new T7 service," said Scott Pearson, the managing director of Newport bus operator Newport Transport. "This is the first TrawsCymru service that the company has operated, and so we look forward to developing this service into the best it can be for our customers.

"This is a big milestone for Newport Bus and we hope to demonstrate our worth to assist improving the Traws Cymru network.”

The Traws Hafren service was set up last summer and run by NAT Group on a six-month trial basis to replace the previous Severn Express route, which had run between Newport and Bristol via Chepstow.

The new T7 route will run from Chepstow to Bristol’s city centre via the Cribbs Causeway shopping centre on a regular basis, seven days a week. Additional early morning and evening services will connect Magor and Caldicot. The Monday to Friday timetable for the Traws Hafren route remains unchanged for the new T7 service.

“This is a significant regional service that offers crucial access for those travelling to work, for education or providing services as well as boosting tourism and linking friends and families.