⚠️Alert Level 4 Lockdown, Essential Travel Only⚠️If you need to make an essential journey, please visit our Coronavirus page for timetable information as our Journey Planner and Timetables may not be up to date - Click here >
News 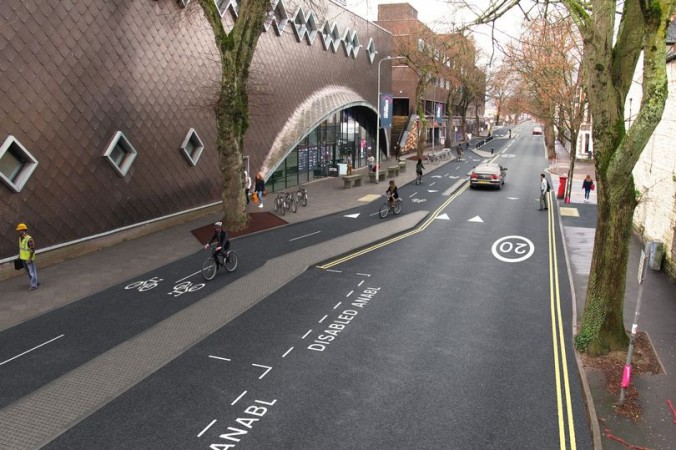 Cardiff’s First Segregated Cycleway to be Built in City Centre

The first of this five-phase cycleway project in Cardiff city centre will begin on Monday 18th March, with completion expected at the end of October. The cycleway will run from the top of Senghennydd Road by the Woodville Pub, past the Cardiff University Students' Union and the Sherman Theatre and onto St Andrew’s Place.

Cycleways are also planned from Dumfries Place to Broadway in Splott, along Lloyd George Avenue from Cardiff Bay to Smart Way, Sophia Gardens through to Llandaff, and from the city centre through to Ely Bridge. Eventually, Cardiff Council want the Senghennydd Road route to connect the city centre to University Hospital Wales and Heath; a consultation will begin on this in the autumn.

The cycleways will total 24 kilometers of cycle routes running through 16 wards. Public consultation has now begun on the Cardiff Bay cycleway. The proposed plan is to remodel the existing cycle path and footway, as well as the traffic lights and zebra crossing on Lloyd George Avenue.