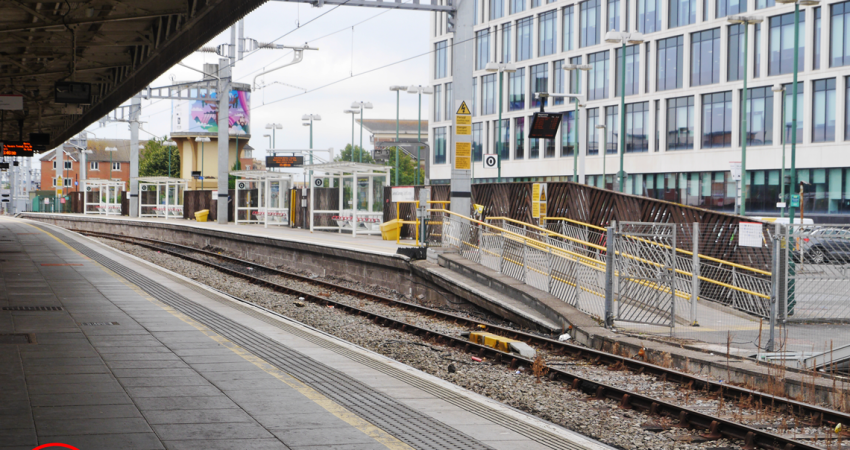 TfW services to be impacted by industrial action

The majority of Transport for Wales (TfW) services across the Wales and Borders network will be suspended on two days in October due to the on-going national industrial action.

The National Union of Rail, Maritime, and Transport Workers (RMT) has announced two days of strike action will take place on Saturday 1 and Saturday 8 October, across Network Rail and 15 train operators.

TfW is not involved in this industrial action, but as a result of the dispute between unions and Network Rail, TfW will be unable to operate a number of rail services on Network Rail infrastructure on 1 and 8 October, while some services will be much busier than usual on 5 October.

More information about the industrial action can be found on the TfW website here.

Saturday 1 and Saturday 8 October – very limited rail service, do not travel by train

The only services operating will be on the Core Valley Lines in South Wales and a Cardiff to Newport shuttle, with one train operating hourly in each direction, between 07:30 and 18:30.

No other TfW services across Wales and the Borders network will be able to operate.

Train services will operate between Cardiff Central and Rhymney, Treherbert, Aberdare and Merthyr Tydfil in an hourly service in each direction between 07:30 and 18:30.

Customers are reminded there will be very limited road transport capacity between Radyr and Cardiff before 07:30 and after 18:30, when TfW is unable to operate trains via Llandaf and Cathays.

Amended timetables for Saturday 1 October will be in online journey planners from Tuesday 27 September.

There is also expected to be disruption on the days prior to the industrial action, and services will be much busier than usual.

Customers are advised to only travel if necessary on Friday 30 September and 7 October, and to check online journey planners for any short-notice late night service alterations as a result of the following day’s strike action.

No pre-planned road transport services will be in operation before 18:30 on Core Valley lines.

Services are likely to be much busier than usual – particularly the first services of the day.

All other TfW services – Sunday 2 and 9 October

No trains will run before 07:00 on these days, and those trains that do run are likely to be much busier than usual – particularly the first services of the day. There is also expected to be disruption to services due to trains being displaced from the previous day’s strike action.

In particular, services to Cardiff are expected to be busier than usual on the morning on 2 October due to the Cardiff Half-Marathon.

Customers are urged to check the TfW website, app or social media before they travel, particularly for the first services of the day from their station of origin.

Services on these days are to be extremely busy and customers are encouraged to travel via the alternative dates of Monday 3 or 10 October.

Some of our services are likely to be extremely busy as a result of the severely-reduced timetable put in place by other operators. This includes:

Due to the closure of Birmingham New Street station, services between North Wales and Birmingham International will terminate at Wolverhampton.

Customers are advised to only travel if necessary and customers are encouraged to travel via the alternative dates of Tuesday 4 or Thursday 6 October.

Amended timetables for Wednesday 5 October will be in online journey planners from Thursday 29 September.

Advance ticket holders are entitled to change their journey using the ‘Book with Confidence’ and the change of journey fees should be waived if applied before 18:00 the day before travel. You're still able to change your tickets after this time, and up until the departure, but a change of journey fee of £10 will apply to each ticket changed.

Customers with Anytime, Off-Peak or Advance tickets, also Ranger/Rover tickets, for a TOC on strike – dated for 1, 5 or 8 October are permitted to travel either on the day before the date on the ticket or up to 11 October 2022.

If you have a return ticket and cannot make your outward journey because of a strike, you're permitted a refund on your ticket even if the latter is not affected by a strike. The same applies if the return journey is affected by a strike but the outward was not.

Alternatively, customers can claim a full refund, with no admin fee charged. Season ticket holders can apply for compensation via Delay Repay.