Due to the ongoing impact of Coronavirus, transport operators can still change their timetables at late notice. Before travelling, please check our Covid page for the latest timetables we’ve received from operators across Wales - Click here > 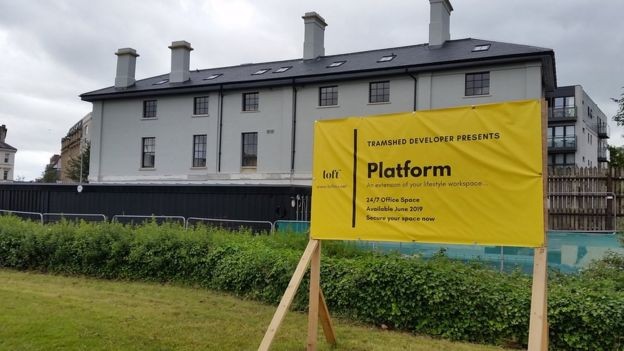 The Cardiff Bay railway offices, designed by Isambard Kingdom Brunel, were first opened in October 1840 and housed the first steam-powered passenger rail service in Wales. It then became the head office of the Taff Vale Railway until 1862.

However, following the Grade II listed building’s closure, it fell into disrepair and has laid empty for a number of years. In 2016, the space was officially recognised as one of the 10 most endangered Victorian buildings in Britain.

The building has now been given a new lease of life by the award winning developers Loftco, who also built Grangetown’s iconic ‘Tramshed’. Thanks to a £1m loan, funded by Cardiff Council in partnership with the Welsh Government’s Town Centre Loan Scheme, ‘The Platform’ on Bute Road offers 23 office units for short term lets. There are further plans to open a café and cocktail bar in July.

Simon Baston, Managing Director of Loftco, said the company was "proud to have converted one of Cardiff's most important and striking buildings".

Hannah Blythyn, the Welsh Government's deputy minister for housing and local government, added: "It is great to see how the Town Centre Loan Scheme has been used to help revitalise this historic building."