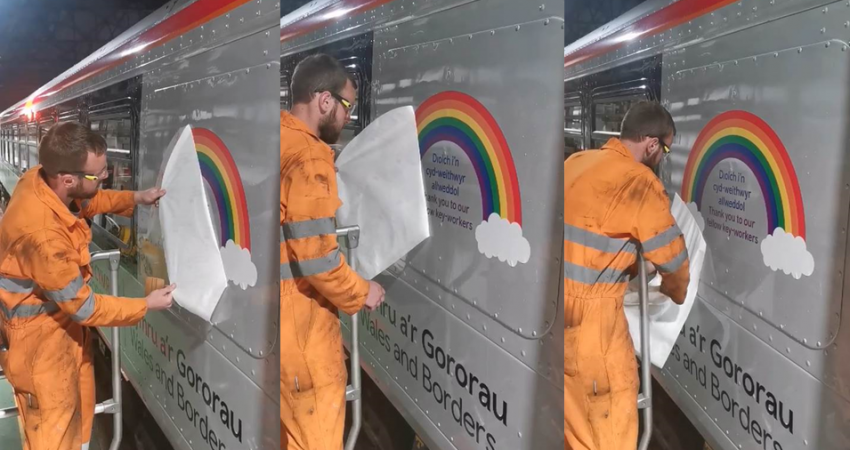 Transport for Wales has revealed the first batch of trains that will have rainbow stickers as a tribute to all those fellow key workers helping in the fight against Covid19.

The rainbow has been used as a symbol of thanks to all keyworkers that are assisting the country at this difficult time and will now be seen on the side of TfW trains.

“From the lighting of bridges and castles to colourful drawing appearing in windows across our nation, rainbows have most definitely become a visual ‘thank you’ to our heroes in the NHS and our key workers, who are working tirelessly to save lives and keep vital public services running. I hope seeing them now on the trains we have endeavoured to keep running during these difficult times will lift everyone’s spirits, not least those on the front line in the fight against Covid-19.”

Transport for Wales will fit 100 stickers in total, 6 trains were fitted yesterday at Canton and over the weekend the stickers will be sent to depots in Machynlleth and Chester.

“I’d like to thank all key workers, including those representing TfW, who are truly dedicated and supporting the country in the fight against Covid19. Across the whole of our network we’ve seen a collaborative team approach and it’s great to fit these stickers to our trains and show support to those on the frontline.”