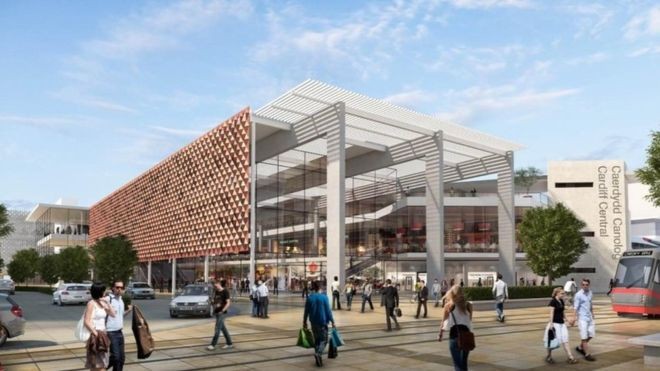 The funding will also go towards the creation of a new station in Felindre, Swansea. West Wales Parkway will link the west to the south and reduce journey times between Wales’ biggest two cities by up to 14 minutes.

At Cardiff Central, annual passenger numbers are predicted to rise from 12.7 million in 2016 to 32 million by 2043. The Department for Transport said that the upgrades would ease overcrowding and congestion, particularly during peak times.

"This funding has the potential to deliver just that, ensuring more reliable, comfortable and faster journeys into and out of the capital."

The Welsh Government added: "Being six times busier than any other railway station in Wales, Cardiff Central is in desperate need of investment to improve the experience for its users, to enhance its capacity and to future-proof it."

Transport expert Professor Stuart Cole said Cardiff Central had become a victim of the city's success as an "events holder". When the station was built in the 1930s, it was “never built for the task it now does with commuters, but also sports events and concerts,"

Welsh Secretary Alun Cairns furthered this point: "The way in which the station operates is not fit for purpose in terms of a modern day capital city.

"We are also committing to progressing plans for a West Wales Parkway station, which will deliver time savings of up to a quarter of an hour from Pembrokeshire to Cardiff and increase local connectivity around Swansea to provide greater opportunities for the whole of the Swansea Bay City region."

The West Wales Parkway scheme is estimated to cost about £20 million. It would be built on a line mainly used for freight and it is hoped it will cut the number of cars on the M4.